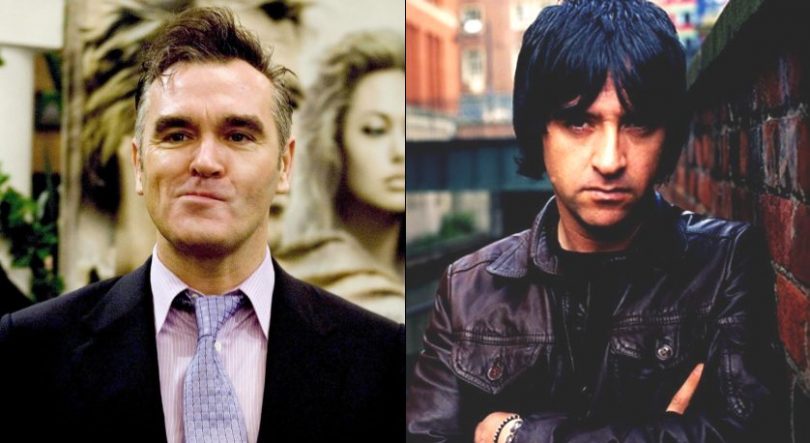 Happy Halloween! Or should we say happy birthday to ex-Smiths guitarist, Johnny Marr.

To celebrate the father of two’s 54th, here are the top four studio album songs by The Smiths (according to us FQ musos):

1) Reel Around The Fountain (from The Smiths)

The slow, lengthy opener off their debut album wasn’t without controversy. The Sun decided the lyric, “It’s time the tale were told of how you took a child and you made him old,” was Morrissey giving the thumbs up to paedophilia. It wasn’t. Instead it was an emotional introduction to a band bloated with feeling.

2) The Hand That Rocks The Cradle (from The Smiths)

A song based around the looping chord progression of Patti Smith’s Kimberley. Its repetitiveness is either 1) arrogance for refusing to ever alter for the listener or 2) complete piety towards Morrissey’s poeticism that haunts the track.  Whichever is fine – because it’s most lamblike and comely moment of their career.

Marr was supposedly miffed at Morrissey for laying asinine words over his intelligent guitar work on The Queen is Dead’s finale. “From the ice-age to the dole-age/There is but one concern I have just discovered/ Some girls are bigger than others.” Or you could say that Morrissey was just a citizen concerned over female obesity.

4) Nowhere Fast (from Meat is Murder)

“And if the day came when I felt a natural emotion/I’d get such a shock I’d probably jump in the ocean,” is Morrissey at his droll best. Also, “And when I’m lying in my bed/I think about life and I think about death/And neither one particularly appeals to me.” There’s something about dropping his trousers to the Queen as well. Just go and listen to it and soak up its urgency.

However, if you disagree with us, let us know.