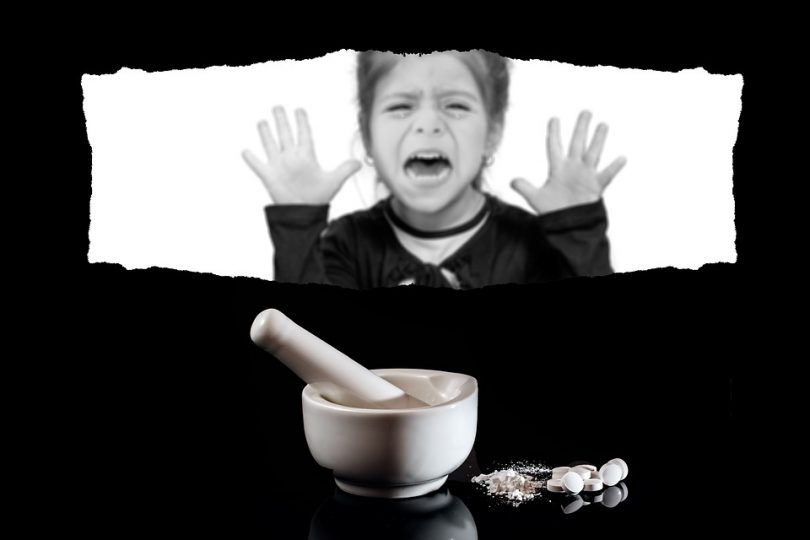 We all know that having kids can be exhausting. But what is a parent’s greatest stress trigger?

Close your eyes and imagine the most stressful situation you have had to live through when dealing with your children. What springs to your mind? Does every parent experience the same stress triggers? A survey of 2,000 mums and dads compiled a list of the most dreaded aspects of parenting.

The study was conceived and produced by BPme, an app allowing customers the ability to pay for their petrol at the station without leaving the car – which should already conjure up in your head the dreaded situation of having to get your kids out of the car just to pay. But what are the biggest stress triggers?

The survey concluded that a total of 20 particular situations are the most stressful triggers. Top of the list are, predictably, children who are feeling poorly because of hunger or tiredness, followed by the daily routine of trying to get them to go to bed on time. Somewhat related is the stress related to children who don’t want to eat certain foods.

A recent development is the growing stress related to kids who are hooked to the screens of phones, televisions and tablets. Making them stop and pay attention has become one of the most horrific nightmares for parents, both new and experienced.

Other areas which give parents headaches include getting the kids up in the mornings and then getting them dressed for school. Some even state that they dread having to get them to school on time and making sure they do all their homework or remember important school dates.

Things such as bath time in general or keeping an eye on the sugar content of foods dominate the lower sections of the list. Related to this, parents express annoyance over going shopping with the kids, including buying them new clothes and shoes.

The study also surveyed the parents to find out what their kids are up to when the parents aren’t paying attention. In most of the cases, they end up breaking something or get into fights with their siblings, followed by a seemingly inherent necessity to draw things on the walls.

Less severe but still annoying, many children also wear their parents’ shoes when they’re not looking, and they unroll toilet paper everywhere. More annoying – and filthy – are children who eat a lot of chocolate when they think they’re alone and cover themselves in it.

What to do about it?

Now that we know the greatest stress triggers, what can we do to lighten the strain? Well, children are just children, so many of these triggers are just aspects of parenting you’ll have to put up with. Nevertheless, taking the survey into account will prepare you for the worst.

Try not to take anything too seriously or personally, but instead concentrate on the pleasant sides of parenting. Children enrich our lives and make them worthwhile. The odd broken plate or stress while shopping should certainly be worth it – and, after all, even young Mozart was known for venting his creativity all over the walls.