There are certain opinions which become “knowledge” because they are repeated. Spoken often enough, they are treated as authoritative, left unchallenged. One of these is how gaming is antisocial.

Many experts suggest that those who play video games are neglecting social situations. That their skills used to interact with family, friends, and strangers are impaired and worsened by playing on their PC, Xbox, or PlayStation. This can be true. It could be that they are spending too much time facing a screen which will have an impact on their ability to talk face-to-face with people, let alone their eyesight.

Socialising is a habit. It’s about being in certain environments and being able to act in them and, also, being able to transfer those skills into other environments which can be less comfortable. However, gaming is not antisocial by default. It is, in some cases, a fundamental and key way that two or more people are able to talk and interact with one another because geographically and logistically it would be otherwise very, very difficult. Games inspire communities and, also, they have in-built features which encourage people to socialise and be with each other. Let’s use online poker as an example.

Poker is a game of gestures. It’s all about concealing, revealing, and understanding the current position. These are social skills. It’s translation into the digital and online sphere changes this a little bit. Players are no longer reading faces and body language. It’s now about looking for patterns with the bets and folds, as well as the hand and bankroll. It’s the gestures of the game itself.

Online poker rooms don’t seek to remedy this difference of play. In fact, it’s what makes it as successful as it’s been. Players see more hands in online poker, than they would in-person. This is part of the fun. Its quick pace, helped along by the limited time players have to make their decisions in, makes it more exciting.

What kind of social environment does online poker create?

Online poker rooms facilitate social interaction with features. They seek to create that intimate environment which is present at every poker table.

GGpoker.co.uk offers SnapCam, for instance. Players can record fifteen-second videos and send it to the table. It’s a means for a player to express themselves visually while they play. Having banter after winning a big pot or sharing a quick statement on losing a hand – all this can contribute to the table’s experience, making each hand memorable.

Table dealers are integral to this experience too. They can help set the tone for the table. Live online poker is a way which rooms have managed to keep them present at digital tables. Dealers are live-streamed from production studios so players can see them. Software is able to recognise and convert the cards dealt to data so the player can interact with them on their end. The dealer can talk to the player as if they were there.

Outside of the in-game social aspects of poker, online communities sprout up. There are plenty of social media platforms where players can organise themselves – the likes of Reddit, Twitter, Facebook, YouTube, etc. Seasoned players can offer advice and information to beginners to encourage improvement. Reviews of poker rooms and bonuses can be shared with each other. People can simply bond and create friendships with poker as the topic which introduces them to each other.

Online interactions offer plenty of positives. There are some things which digital experiences can’t replicate and others they don’t want to. It is its own thing. It will always be compared to “offline” alternatives, of course. The online will always be deemed a supplement to offline life. However, it needn’t be looked at as inferior. 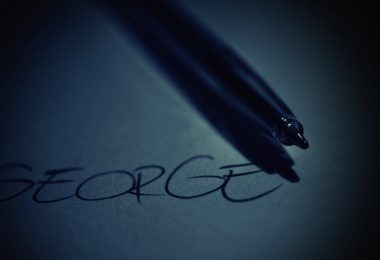