Author Thomas H. Cook shares his experiences of travelling to ‘dark destinations’ with his daughter.

Almost twenty-five years ago, when my daughter Justine was twelve, we were in Cosenza, a small town in the Calabria region of southern Italy. We were standing on the banks of the Busento River. It had been a long hot day on the road and she was tired, with little interest left in anything. I nodded toward the river. “Alaric was buried there,” I told her.

“He was the last pagan emperor of Rome, and they buried him in this river.” She suddenly looked slightly less tired and a tad more interested. “First they dug a channel and re-routed the river so that Alaric could be buried in the riverbed. After that they returned the river to its course. Then they killed all the slaves who’d worked to dig the channel so that no one would ever know where Alaric was buried.” At that moment, I saw a glimmer in my daughter’s eyes.
In the past, my wife and I had taken Justine to amusement parks, carnivals, circuses and fairs, but I had never seen her as she was now, peering down at the Busento with an unexpected gravity.

From then on, we made it our business to visit ‘dark places’ with her. During the following years we went to Auschwitz, the slave quarry at Siracusa, Waterloo, Alcatraz, the slave dungeons of Ghana and many other sites of dark renown. As a result, and over time, the great questions of human life increasingly became part of our family dialogue. We talked about war and peace, courage and cowardice, goodness and evil.

Make no mistake, we continued to go to fairs and festivals and have family holidays in the traditional sense. There is nothing wrong with having fun, but we never abandoned the call of dark places, because by then we’d learned that there is much to be gained where much has been lost. It was as if the dark places we visited had become our family friends.

Justine is now 37 years old, with a family of her own; its latest member being a son named Terner in honour of the mother who accompanied us in our travels, and whom we lost to cancer two years ago. “I want to do for my son what you and Mum did for me,” she told me recently. “Show him dark places. Talk to him and listen to him.”

“What did you get from those places?” I asked. She’d gotten something different from each of them, but one in particular had struck her. “I was thinking about Spain,” she said, “I remember going to the Alcazar in Toledo. You told me the story of what happened there during the Spanish Civil War.”

What happened was that Colonel Moscardo, the Commander of the Alcazar, was told by telephone that his teenage son had been captured and would be executed if the fortress was not surrendered. Moscardo asked to speak to his son, and when he came to the phone his father said, “Prepare to die, my son.”

Justine added, “So when I’m with Terner, I remember the Alcazar and how we later talked about it. Perhaps it didn’t strike me then, but now I have a son, so I know how Colonel Moscardo must have felt that day.”

Not long ago I was driving east out of Paris. All along the way there were large billboards advertising Disneyland. It is fine to go there. It is fun. But if you take the same road a little further you will come to Verdun, the site of the longest and bloodiest battle in human history. You can walk those quiet fields, enter the trenches and visit the ossuary. It will be a different experience than Disneyland, but one that is no less an act of love. And the riches it can add to your family life is incalculable. 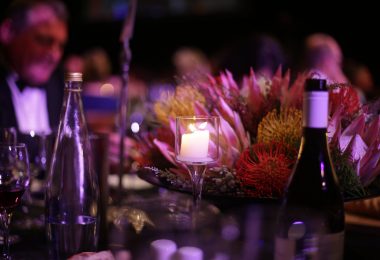