Keanu Reeves as Kai isn’t the most inspiring of heroes in this fantasy-action movie, but it still makes for good company with some popcorn.

47 Ronin is set in medieval Japan where the shogun rules and the country is divided into different domains. One of these domains, Ako, is ruled by a just ruler by the name of Asano Naganori. One day, he and his band of samurai come upon a “half-breed” (English father, Japanese mother) by the name of Kai (Keanu Reeves) whom he saves him from being killed by one of his men. Kai is raised in Ako, where he falls in love with Asano’s daughter Mika, but continues to be treated like as less than human by the rest of Asano’s men.

During a tournament held by the various domains, the evil ruler Kira uses the odd-eyed Witch to poison Asano and force him to attempt to murder him. This being a crime punishable by death, the Shogun sentences him to death and the rest of his samurai are left masterless, or “Ronin”. Kai is sold as a slave to the Dutch colony of Kejima, as Kira and Mika are ordered to be wed after a year of mourning.

The year passes and Oishi (Hiroyuki Sanada), who had been in captivity for a year to be “broken”, is released and he teams up with Kai to gather the rest of the samurai and form the 47, seeking to avenge their lord’s death.

Although 47 Ronin is one of those films where you know exactly what’s going to happen before you see it, on this occasion you may be pleasantly surprised by its predictability. Comprising a plethora of magical creatures, trolls, magic and witchcraft, it combines old-fashioned storytelling to give us a reliable narrative that’s easy to follow.

Because this movie utilises the classic forces of good versus evil, it succeeds in being one of those films with a comfortable ending, an outcome that doesn’t require too much work on the viewer’s part. Sometimes it’s just fun rooting for the good-guy-underdog and waiting for him to triumph – showing both his peers and enemies exactly what he’s capable of! One must admit there’s a certain satisfaction to the unrealistic notion of “good things only happen to good people”.

The writing could have benefitted from sharper edges and a few more risks, but maybe that would have defeated the purpose. At times, the characters also struggle to jump out of the first dimension which is disappointing but more layers would perhaps have been detrimental to the tone.

47 Ronin was given a rating of 12A which seems to be the norm for anything with death in it. For a film about samurai, the number of swords is indirectly proportional to the amount of gore. The only scene where the grotesque rears its head is one where a troll is beheaded, but it’s all CGI so it will probably leave kids unscathed.

If your children enjoy cool sword-fights combined with mystical quests and special effects magic, this is worth a watch. It will not change your life, but it is undoubtedly a nice choice for a movie night at home with the family. 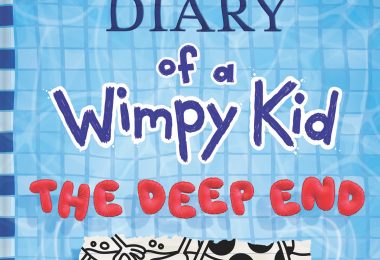