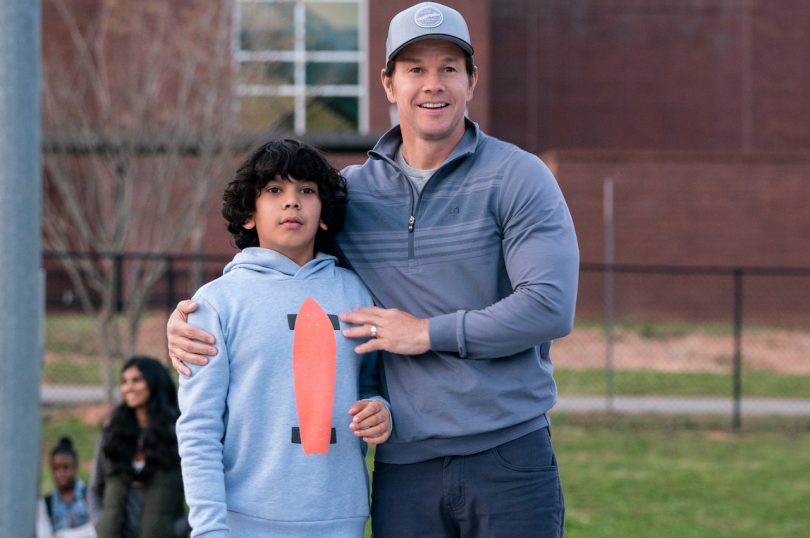 Find out what Hollywood legend Mark Wahlberg has to say about his latest movie, Instant Family.

Instant Family is a comedy-drama about a couple who foster three children and all the chaos that ensues. One of its stars, Mark Wahlberg, offers his take on it and how it was working with director Sean Anders third time around.

How proud are you of Instant Family?

Hugely. This movie exceeded all of our expectations. It was one of those rare occasions where, you know, we were making a movie that was not about our own personal interests as actors. We were trying to all become a part of Sean’s [Anders’] vision, and bring his vision to life.

How much of your real-life experience as a father did you bring to it?

Yeah, there is that… I’m in the thick of it all so it’s like, you know, never a dull moment. But it’s nice because every day [on set] when Isabela [Moner] was playing the part of Lizzy, and throwing attitude, especially towards her mom, I was actually dealing with all that on the phone and FaceTime in real life because they [Wahlberg’s wife and daughter] were both calling me. They’d call me, asking me to referee the fight, but then never allow me to talk.

Was the family aspect something that drew you to the script?

Well, I had talked to Sean about it briefly. I committed before I had seen the script. I’d [previously] had an experience at a kind of adoption-type of fair in Boston, at Fenway Park. I was supposed to be there to kind of  give words of encouragement, to give the kids a boost. And here, these kids were inspiring me. I spoke with a 14-year-old boy who had a couple of siblings, who was in the system, and he was just like, “Dude, nobody’s going to adopt me, but I’m good. I’m getting a great education, I’m gonna go and do this and that and accomplish all these things with my life. I’m excited about my future.” I was like, “Woah!” And then when Sean told me about it, being a dad I can’t help but get a little emotional, but it was something that I wanted to be a part of right away. It was pretty much a no-brainer for me.

You’ve worked with Sean before, on the two Daddy’s Home movies. How was your third time out together?

How tricky was it to walk that tonal tightrope, hitting those different beats as the story progresses along its ups and downs?

It is difficult. For me, I’m such a preparation freak, that I’m reading the script out loud multiple times a day. So I am able to know – even if we’re not shooting in order – where we are in the story, and what’s happening. That’s always a plus. Unfortunately, not everybody does that. You would think that that would almost be required…

You’ve talked about the worries of not wanting to come across as a ‘jerk’ in certain scenes. What is it about Sean that makes you trust him so much?

He’s just super-talented. He’s a super-sweet, cool guy, and he keeps getting better and better. Now, after doing a movie that’s more serious in tone, he’s just growing. It’s nice to get him in the sweet spot, there. So I’m looking forward to seeing what he does next. He likes making movies that make people laugh. But I think as a filmmaker, you want to push yourself and challenge yourself and try new things and he has really succeeded with this. There are [directors] who go in and they wing it as they go. And then there are guys who have a shot list and are very meticulous about what they want. They’ve shot the movie in their head before they get to the set. Both are fine, as long as people really know what they’re doing when they come together. It’s hard making movies, never mind making good ones. Whatever it takes to get there, I’m fine with. And on this we did it.

How about the kids in the movie?

Isabela and I had worked together on a Transformers [movie], so we were very familiar with one another.  I definitely recommended her. [At the time] she had another big movie [being offered to her] that was still in the same vein as a Transformers. I was speaking to her and her mom, and I was saying to do something that was going to show another side of her, something that’s funny and emotional and all that stuff. So I think the sky’s the limit. She’s shooting a movie now in Australia [Dora The Explorer], and she’s got her whole career ahead of her. And then as far as the other kids go – it’s great casting. Sheila Jaffe, who cast this movie, has done almost everything with us. Also, she was adopted. She worked with The Felix Organization, and knows a lot of people who are in and around the foster world. So I knew that she and Sean would hit it off.

What was your goal with the movie when it came to adoption and fostering?

Me and Sean always talked about wanting to change the narrative and the perception of who foster kids are. But I figure we rose above and beyond that. When we first tested the movie, 90 per cent of the audience were ready to go run out of the theatre and look into adoption.

Given some of the emotional material in Instant Family is, was it tough being away from your own family?

It was terribly difficult. [On all my movies] I go home every weekend, and then they usually come out for two weeks, depending on where the kids are with school and everything. So they came out to Atlanta [where Instant Family was shot] for two weeks. And then I’d go home on the weekends. I’ve got to be home as often as possible.

Have you ever thought of moving house to keep your own kids away from the temptations of everyday life?

We thought about a desert island… But, you know, they’ll find their way back to civilisation eventually. And it is what it is. It doesn’t matter where you are but how you raise them, and what kind of example you are and influence you are on them. And, I enjoy the weather in California too much.

Instant Family (12A) is out in UK cinemas on Thursday 14th February.