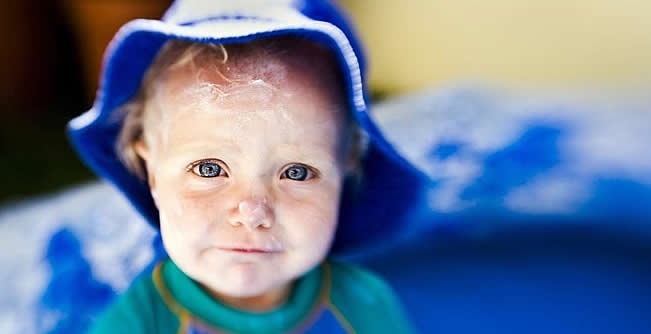 The British Skin Foundation (BSF), a national charity that raises money for skin disease and skin cancer research, is aiming to get 100,000 signatures to have the issue of sun safety in schools debated in the House of Commons.
Nurseries, primary schools and secondary schools in England currently have no standardised policies in terms of the responsibility of sunscreen re-application amongst staff, pupils and parents. As it stands, each school or local education authority decides for themselves on an ad-hoc basis what they want to action – if anything – with regards to sunscreen re-application on children during school hours. In rare instances, schools have even banned sunscreen in schools, for fear of allergic reactions to the product.

With temperatures in the UK reaching as high as 29 degrees centigrade recently, the BSF is keen for the government to clarify the parameters of responsibility, so there is no confusion between parents, schools and local authorities as to which body is responsible for what aspect of a child’s sun safety. The decision to launch the online petition came as a result of an annual influx of phone calls to the charity in recent years from concerned parents, eager for advice on the best way to protect their children whilst they’re at school.

The issue with children’s sun safety in schools has previously been raised in the House of Commons as recently as 2009. What’s more, a previous survey of 1,000 parents commissioned by MPs on the All-Party Parliamentary Group on Skin (APPGS), found almost 40% of pupils have suffered sunburn while at school. It is believed that about 80% of damage to the skin caused by over exposure to the sun is achieved by the age of 20, and with two new cases of skin cancer diagnosed every day in the UK amongst 15 to 34-year-olds, the issue of skin cancer amongst the young is a growing problem.

Sian James MP, chair of the Melanoma Taskforce, feels strongly about the issue and the need for better clarification. She says: “There can be no hesitation in providing the appropriate guidelines to protect children and I see sun safety protection as being essential. We need clear and specific advice that schools in England can follow so that any element of ‘confusion’ is removed.”

Chief Executive of the British Skin Foundation, Matthew Patey says “The recent hot weather at the end of May was a potent reminder of the potential risks children face on a daily basis. Our biggest aim with the petition is to stop children from burning. With confusion surrounding who is responsible for making sure children are protected during school hours, and how much the school is allowed to get involved, it’s understandable that parents are concerned, especially when you consider how much time pupils spend outdoors during breaks and lunchtime.

“We are not advocating sunscreen as the sole means of sun protection, but as an additional method of protecting the skin from burning – the first line of defence is always clothing. When responsible parents dress their child appropriately for the sunny weather and apply sunscreen, they are still faced with the conundrum of re-application later on in the day. With younger children especially, this will require adult supervision in the likely form of a teacher or school nurse. Until this issue is resolved, children will continue being hurt unnecessarily, so we’re hoping this petition will mark a starting point for change.”

To sign the petition and get this issue raised at the House of Commons, visit: